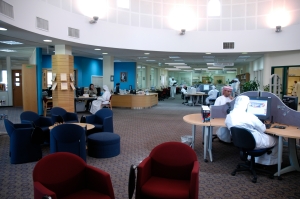 The work of Greek philosophers, mainly Aristotle but also few of Plato, had been translated into Arabic very early after the Abbasid revolution in the 8th century and continued down to the 10th century. In fact, these great works of humanity were preserved by Muslims. Baghdad was the center of Science and Arts in the medieval world. Great Muslim philosophers of that time include al-Farabi (d. 950) in Baghdad, Ibn Sina (d. 1037) in Persia, Ibn Rushd (d. 1198) in Andalus.

Patricia Crone [1] writes in her fabulous “God’s Rule” that “[a] historian of mainstream Islam is apt to dismiss all philosophers as marginal (except in so far as they had other strings to their bows), for mainstream Islam was shaped by religious scholars, who were prone to rejecting philosophers and Ismailis alike as heretical.” On the other hand, the great theologian al-Ghazali (d. 1111) was also a philosopher. He rejected metaphysics as incompatible with Islam but insisted that nothing was wrong with the natural sciences, mathematics, logic, politics. Especially in Persia, Greek philosophical ideas were continuously absorbed into general Muslim culture. Nevertheless, in medieval times philosophers were often condemned as heretics or infidels. One famous example might be Omar Khayyam (d. 1122).

Wahhabism, which started in the 18th century on the Arabian Peninsula, has effectively stopped that development and is now regarded the main reason for the present day stagnation and even retardation of Islam. The highly conservative movement has its main proponents in Saudi Arabia, Kuwait and the United Arab Emirates. There is not really a culture of philosophy in these countries any more. It was with some amazement, thus, when reading in the latest issue of Forschung und Lehre the report of a German female philosopher [2] who has been appointed the first full Professor in Philosophy at UAEU. Reading the article, I remembered my own enthusiasm in 2001 when having been called to help build up a new Faculty at Kuwait University. However, that was not in the Humanities but rather in Medicine. The new Philosophy Professor describes the procedures when having been appointed from a German point of view which sounds somewhat weird. In fact, it doesn’t fit my own experiences. I do not think that, for example, short-listing is actually done. Once you are invited for an interview, you will get the job offer. On the other hand, negotiations should take place, of course. I couldn’t find anything on intercultural competence in her article, which is by far the most important prerequisite when working and living in the Middle East. It is not only respect for the local culture but a kind of fond curiosity what is most helpful.

It will be interesting to follow-up Dr. Nicole’s, as she is called already by students and colleagues, further experiences and adventures in such an exotic place. And I am also more than curious to see whether the Arab culture will eventually listen to philosophers again.