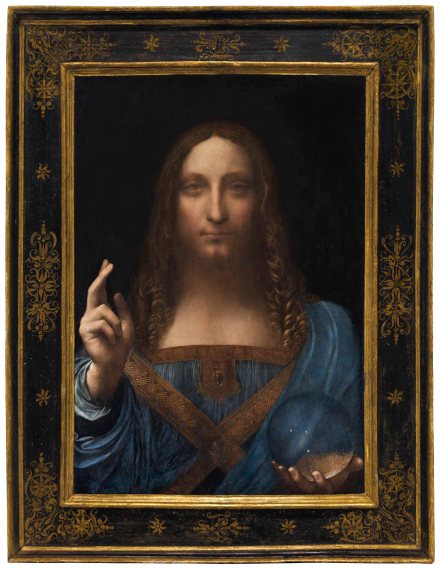 Earlier this week, a new record was set for an artist’s painting. Four-hundred million bucks plus fees for (allegedly) Leonardo da Vinci’s Salvator Mundi (about 1500) were offered by a (yet) unknown bidder in the Postwar and Contemporary (sic) Art Sale at Christie’s in New York. One possibility is Abu Dhabi, which has to fill its stunning new Louvre with spectacular art. The true origin of the heavily restored painting which had long been forgotten and rediscovered only in 2005 is not proven beyond chance, though.

One has to understand that, despite Mona Lisa, Leonardo (1452-1519) was not the most talented, let alone prolific, fine artist ever. Fewer than 20 of his works have survived. Leonardo was a Renaissance Man, a polymath. Similar as his contemporary, Albrecht Dürer (1471-1528), Leonardo was first and foremost a scientist. He instantly applied results of his scientific research, for example in optics, in his artistic work.

The major problem with Salvator Mundi is of course the glass orb and how the garment and holding left hand behind is depicted. Leonardo the scientist would have presented a case study. The unknown painter suggests sort of magnification when, in reality, distortion, inversion, and reversion of the image occur as well. Coincident with Christie’s announcement of putting the painting at auction, a new biography by Walter Isaacson has pointed to that inexcusable lapse in the painting. As the Guardian reports, Isaacson writes about the Salvator Mundi,

“In one respect, it is rendered with beautiful scientific precision … But Leonardo failed to paint the distortion that would occur when looking through a solid clear orb at objects that are not touching the orb.

“Solid glass or crystal, whether shaped like an orb or a lens, produces magnified, inverted, and reversed images. Instead, Leonardo painted the orb as if it were a hollow glass bubble that does not refract or distort the light passing through it.” 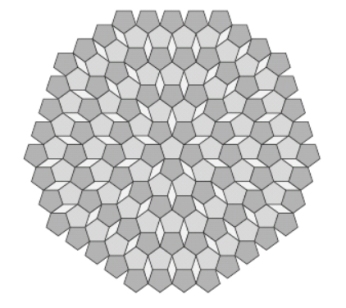 Renaissance Man Albrecht Dürer was scientifically preoccupied with the pentagon. He did not really create Penrose tilings (see picture to the left) but actually laid the foundation for the respective work of Johannes Kepler (1571-1630) a century later. (I have written about Penrose tilings in the Islamic world numerous times on this blog.)

What famous Renaissance painters such as Hans Holbein the Younger (ca. 1498-1543) actually did was amazing. I had written about the two Ambassadors (1533) here:

[The painting] may strike the viewer by its surrealistic anamorphic skull in the lower third of the painting, which is only discernible as such when the picture is viewed at an acute angle. It is what nowadays would be called a gimmick, both to shock, or at least surprise, the viewer and impress him or her for the superior mastering of the complicated technique. 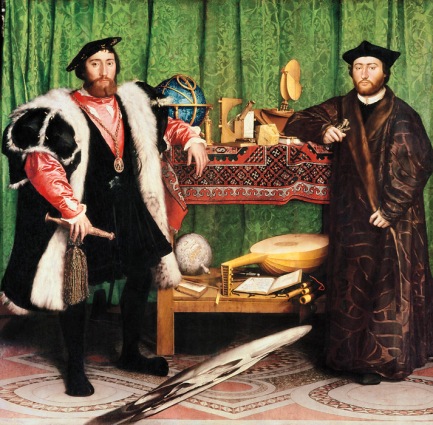 Whether the artist of Salvator Mundi rendered real beauty (as claimed by Isaacson) is another thing. Comparing Jesus’ rather dull and static depiction with, for example, Leonardo’s enigmatic John the Baptist of 1513-1516 reveals something else. 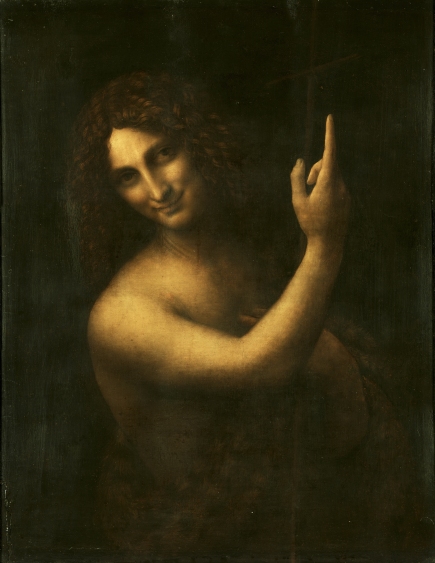 In the painting of St. John the Baptist the use of sfumato adds an interesting dimension to the meaning of the painting: the figure of the Baptist emerging from out of the almost black background seems to be made of light; the scene must be illuminated by a light source beyond the pictorial space, which is in itself completely in keeping with the subject matter, for John the Baptist is not the source but only the witness of God’s light which is shining on him. Thus the painting gives visual form to the first verses of the Gospel according to John which describe the one who was sent to bear witness to the ‘light that shineth in darkness’. Thus Lenardo’s use of sfumato is not simply an autonomous choice by the artist but also conveys the religious content of the picture. At the same time this technique lends the painting a certain atmospheric intensity which has been exhaustively interpreted, in particular by those with an interest in psychoanalysis. The gentle shadows imbue the subject’s skin tones with a very soft, delicate appearance, almost androgynous in its effect, which has led to this portrayal being interpreted as an expression of Leonardo’s homoerotic leanings.

St. John the Baptist, the masterpiece of an exceptional Renaissance polymath at the top of his capability.

The many problems with the record-breaking painting, Salvator Mundi, are further detailed here.