A ‘Road to Damascus’ Experience of the Special Kind 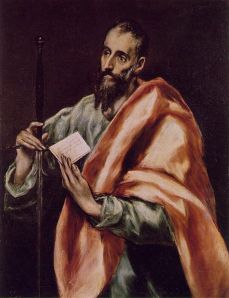 Prof. Dr. rer. pol. phil. habil. Sven Muhammad Kalisch (42) seeks publicity these days. As may be traced in his rapidly inflated German Wikipedia entry, he had been appointed in 2004 chairman of the Islam Department at the Center for Religious Studies at the University Münster and is there responsible for the education of future Islamic religious education teachers in Germany. Interestingly, Kalisch has converted to a rather exotic branch of Islam, the Zaidiyyah, or Fiver Shi’a, at the age of 15. His short scientific career saw him graduating at the University Darmstadt in Political Sciences where he also has got a doctoral degree in 1997. Afterwards, he worked as a self-employed lawyer in Hamburg and wrote in 2002 his dissertation on Islamic law at the University Hamburg which quickly led to the call from Münster University. After having gained this influential post, he recently questioned whether the Prophet of Islam had ever existed. In September, the Coordination Council of Muslims in Germany stopped cooperating with Kalisch. Consequently, the North Rhine-Westphalian Ministry of Science and Education suspended him from educating teachers at his Institute.

In interviews with German magazine Focus, weekly Die Zeit and many other local newspapers, Kalisch had promised to explain his standpoint soon, in an article which will be accessible on the web page of his institute, and later in a book which will appear next year.

The undated treatise can be read now here. It summarizes the state of knowledge and speculation of the German group led by Karl-Heinz Ohlig and (hobby numismatist) Volker Popp who, for a couple of years, go round in circles with the publication of proceedings of their conferences. The group itself represent extreme, albeit partly interesting, standpoints on the first two centuries of Islam with its sparse archaeological evidence and sort of Christological coinage. An interesting review of one of these books can be read here. Ohlig is a heretic opponent of Christological Trinity, merely searching for evidence of non-trinitarian Christendom in the Near East. Amazingly, Kalisch points to Ohlig’s listing of evidence for a new Arab religion in the 7th and 8th centuries in the Near East (in: Der frühe Islam, Schiler 2007), which has more or less been copied from Nevo and Koren’s Crossroads to Islam, published by Prometheus in 2003 after the first author had deceased in 1992, a highly speculative study. He also refers to Patricia Crone’s work, who had already questioned the historicity of the Prophet Muhammad in her early works, for example in Hagarism of 1977. So, there is nothing new right now. His lengthy pleas with regard to fundamental concepts common to all three main monotheisms are not convincing. I suppose he wants to explain why he actually lost his faith and should not be regarded a Muslim any more.

Apart from my deep respect for personal decisions in life such as conversion to another faith or apostasy from it (in other words, having a Road to Damascus experience in Saarbrücken rather than Makkah), what interests me here most is the sudden and public turn of Professor Kalisch after having been appointed to this influential and most sensitive academic post. All what he his describing in length in his treatise he must have been aware of before. Despite his quick academic career, Kalisch is not a prodigy. His main thesis of 2002 has still not been published and his publication list is meager. As an Islamologist, he can definitely not be put in line with German orientalists S. Wild, A. Neuwirth, or T. Nagel, who has recently published his monumental biography of the Prophet Muhammad (Nagel T. Mohammed – Leben und Legende, Oldenbourg-Verlag 2008). These scientists approach Islam not as believers or in any way adhering to the faith, a clear advantage when applying the scientific method in their studies.

So, has Kalisch got his delicate job (in fact, full professorship at a German University) due to the fact that he was, or pretended to be, a German Muslim convert? Who, if any, were his competitors in the announcement and why didn’t they prevail? What is somehow disturbing is this scenario of getting the position for starting the cooperation with the Muslim Coordination Council and then annunciate sort of apostasy might have been arranged way beforehand. Kalisch is not credible when suddenly explaining what enlightened scientists know for decades. Publicity is granted, of course, joining the Inarah group which consists, among others, of notorious revisionists, extreme right-wing islamophobic agitators, and hobby scientists.

Update April 22, 2010: As reported, Kalisch had announced in an email to the University Rector’s Office that he is no longer Muslim. On his institute’s web page the name Muhammad which he had adopted after his conversion at the age of 15 has been dropped meanwhile.