The suspected new nuclear site (Fig. 1) near Qom is located about 9 km southeast of Daryacheh-ye Howz-e Soltan, a pretty circular salt pan with an eight-km diameter; and 25 km northeast to the outskirts of Iran’s holy city of Qom. The site on the northeastern foothills of a small mountain ridge seems to be rather small. Satellite imagery from Google Earth (of March 2005) shows two buildings, probably tunnel entrances and some earth rubble, probably from tunnel excavations.

In the meantime, new satellite imagery by DigitalGlobe of September 2009 (Fig. 2) provides evidence for considerable construction activity. A comparison of the new site with that located between Kashan and Natanz, about 150 km southeast, shows the difference in sizes (Fig. 3). While much of it is in fact underground, the visible parts of the Natanz uranium enrichment facility (in fact easily visible from the nearby highway to Esfahan) are heavily fortified. It covers an area of about four square kilometers. 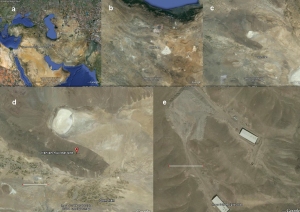 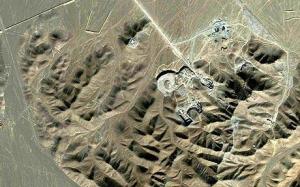 Fig. 3 Differences in sizes of the suspected new nuclear site near Qom (a) and the uranium enrichment facility near Natanz (b). The bar corresponds to 1 km.