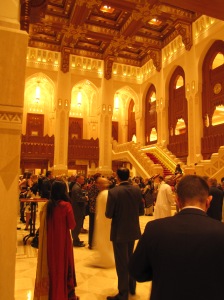 While 2011 draws to a close, New Year’s pledges are hard to formulate. Generally, predictions are unreliable, and what has happened this year hardly anybody had envisaged one year ago. So, there might be some hope for 2012.

The year started promising, millions of North Africans eventually lost patience after realizing that nothing had to be expected in the aftermath of President Obama’s historical speech in Cairo of June 4, 2009, just one week before Iran’s disputed presidential election. Whether WikiLeak’s diplomatic cables ignited what is now known as Arab Spring is not clear, but they certainly contributed to it. The world won’t be the same after the brave publication of the cables. If there had been trust in U.S. foreign policy, it has vanished. If anybody had kept faith with Obama’s integrity his hypocrisy must have come as a shock.

Ongoing perplexity of world leaders on how to deal with the aggravating global financial crisis, or catastrophic effects of global warming; Obama’s need for being re-elected, and Iran’s suffocating encirclement and ruined economy; two lost wars in Iraq and Afghanistan; and beacons of hope Julian Assange and Bradley Manning arrested. Well, the future will tell what the future will be.

We spent Christmas this year again in the Middle East. Oman’s comparably broad-minded and western music loving Sultan Qaboos bin Said al Said had made his dream come true and bestowed peaceful and friendly Omanis and everybody else a, well, opera house. It is said that the Royal Opera House Muscat was one of the most expensive opera houses so far (more expensive than Sultan Qaboos’ Grand Mosque with its second largest hand-woven carpet and chandelier). We attended Pjotr Tchaikovsky’s Swan Lake given by the world class Mariinsky Ballet, an unforgettable experience. 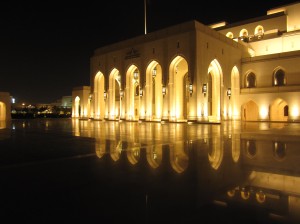